blink-182's Mark Hoppus and Matt Skiba talked us through the creation of their new album 'NINE' including how they wrote the songs 'Darkside', 'I Really Wish I Hated You' and 'On Some Emo Shit'. Plus, they look back on the huge 'Enema Of The State' 20th anniversary tour they played earlier this summer alongside Lil' Wayne and Neck Deep and how they ended up with special guests at their LA show including All Time Low's Alex Gaskarth and Twenty One Pilots' Josh Dun. Finally, we hear about their future plans including a UK tour and some potential new music from Simple Creatures and Alkaline Trio. 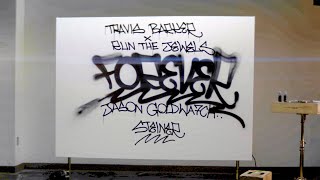